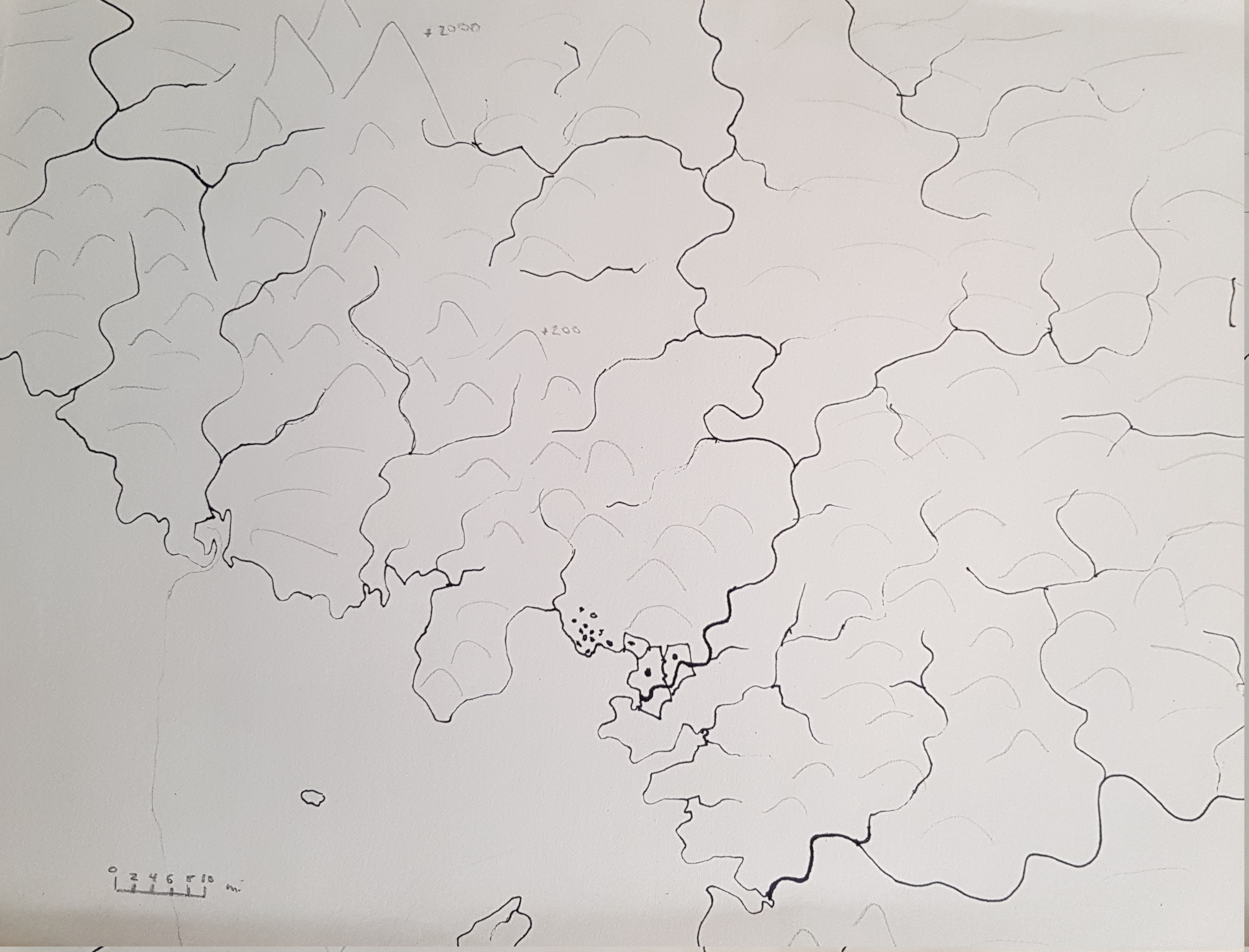 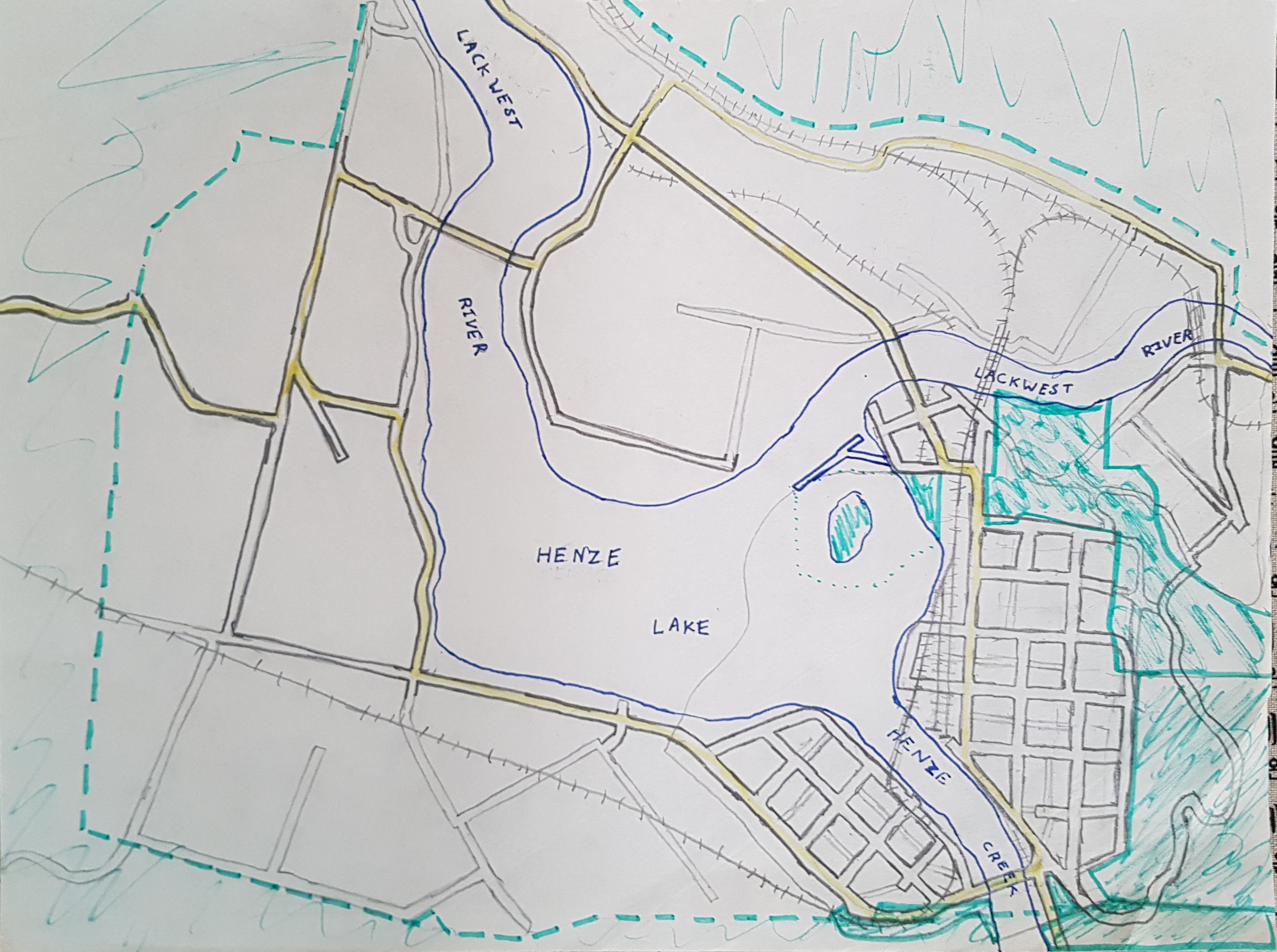 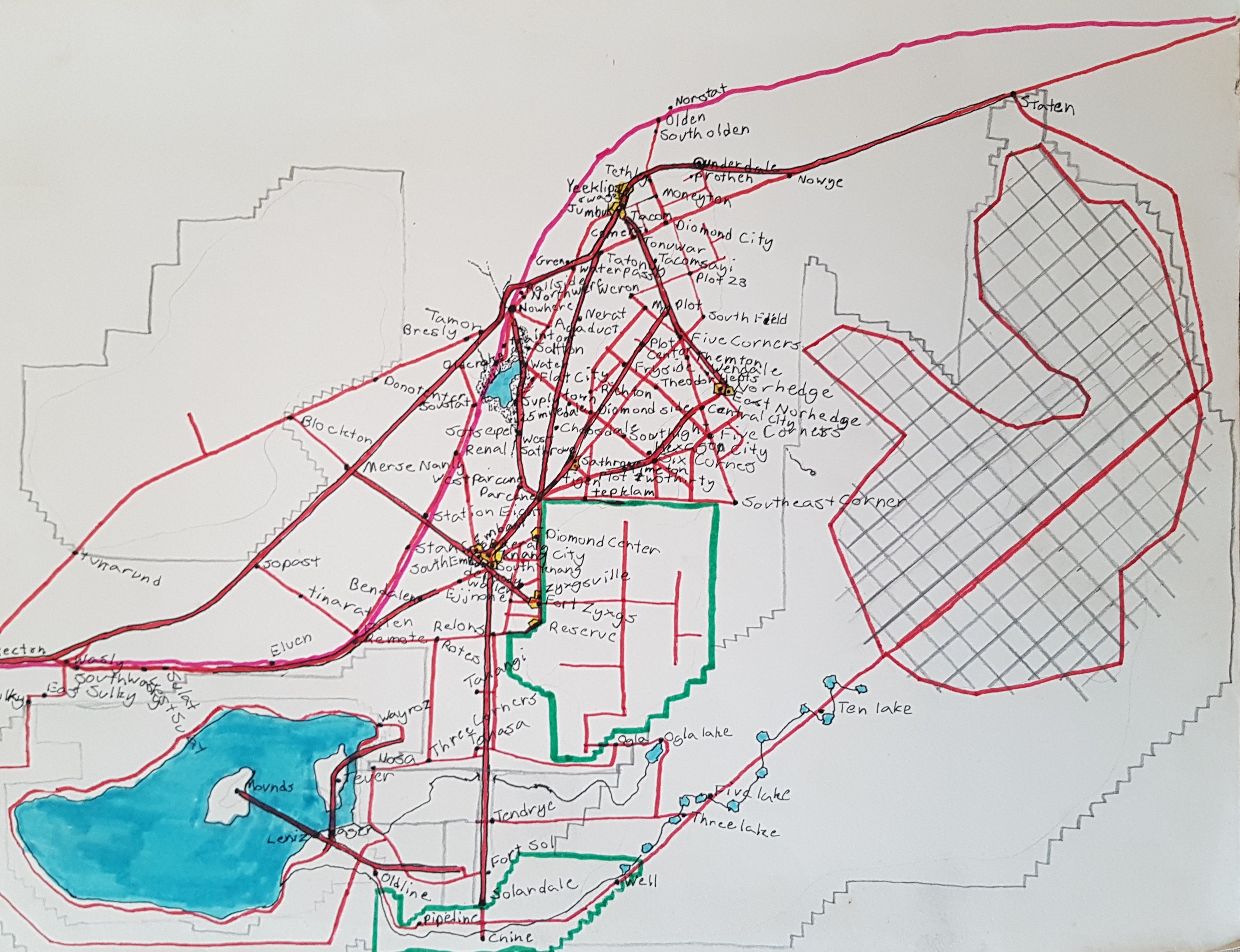 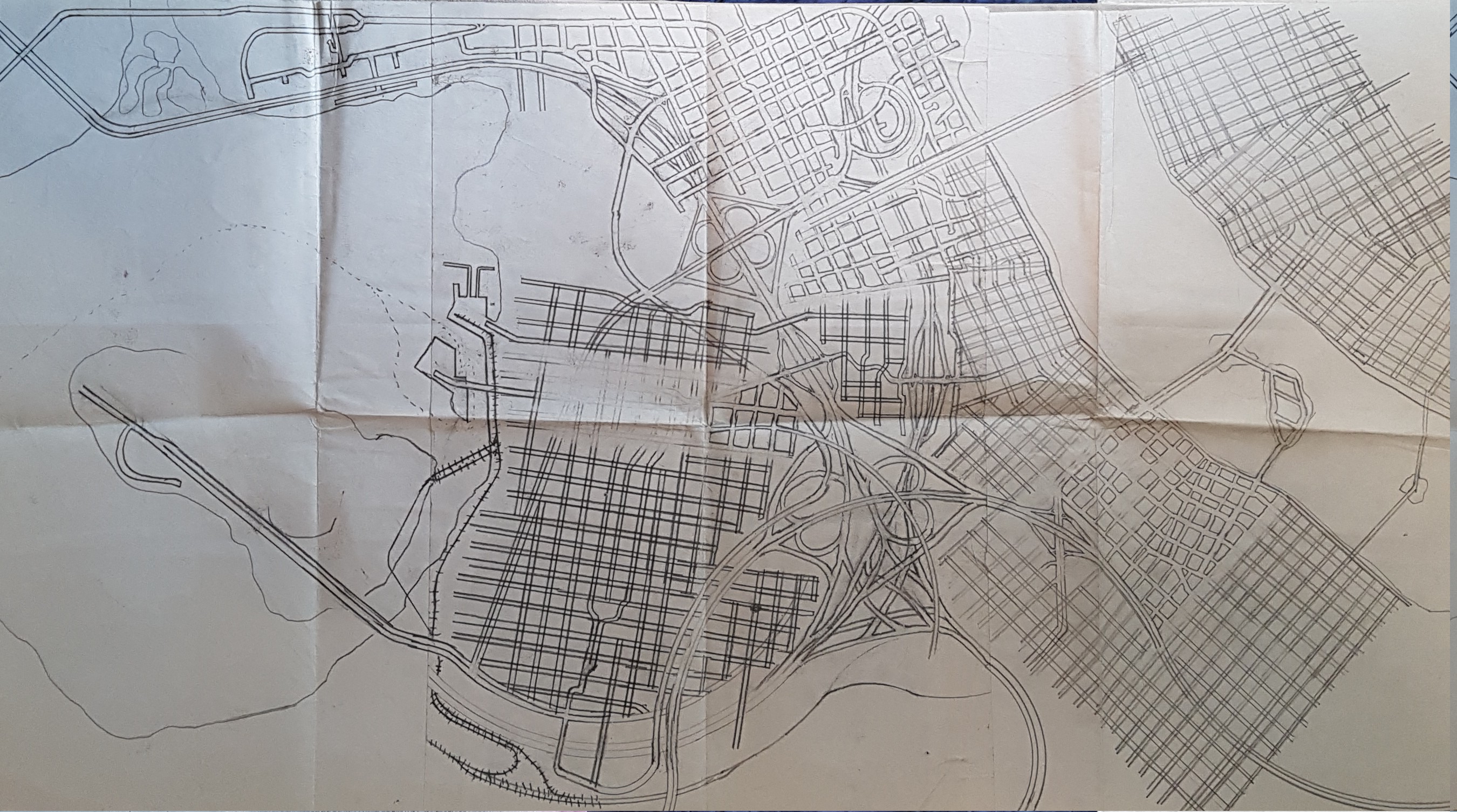 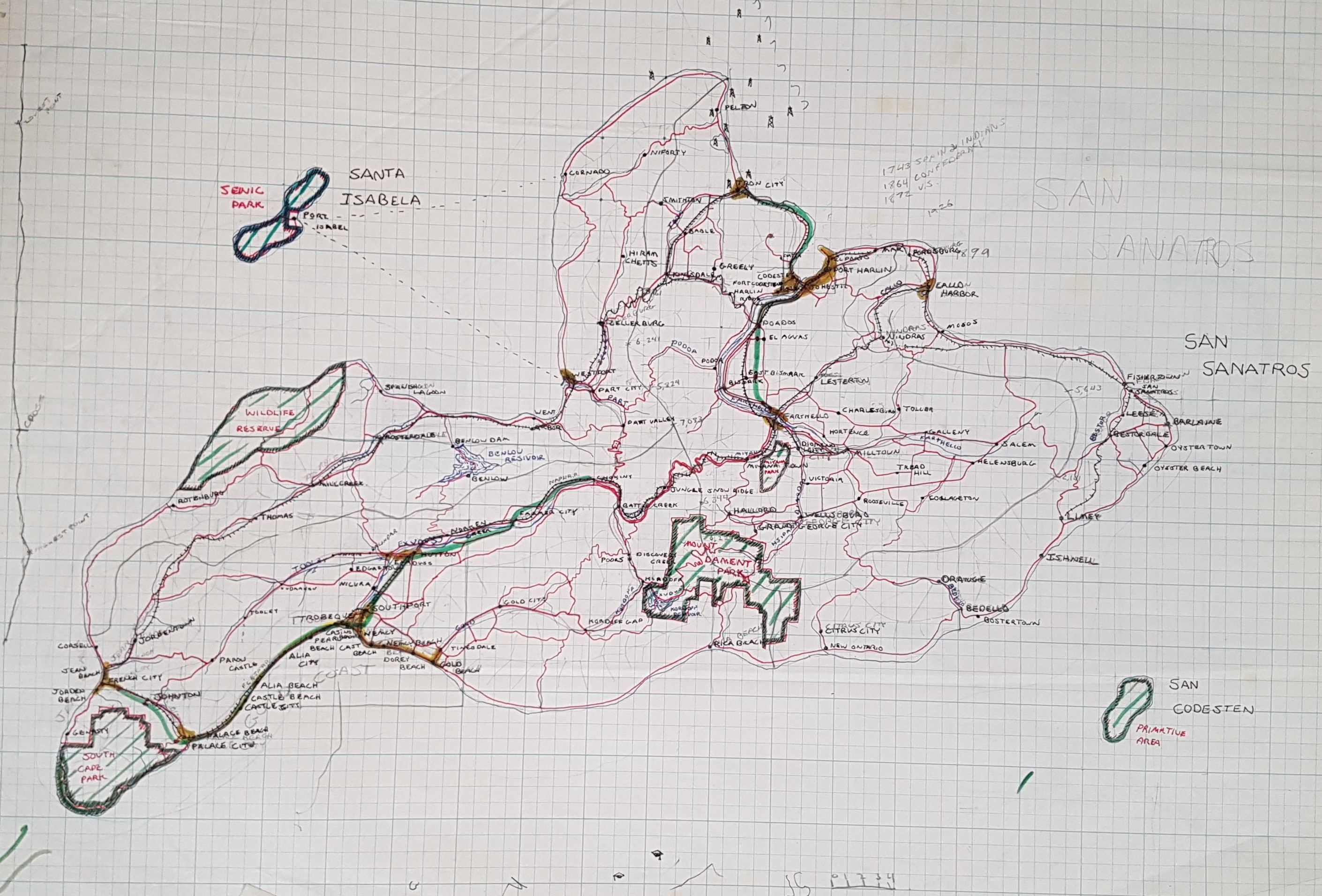 This is a map of an Earthsea-inspired place with only the name “Dragon’s Back” written in. I would say I drew this in 1978 – which is when I first read LeGuin’s Earthsea books. 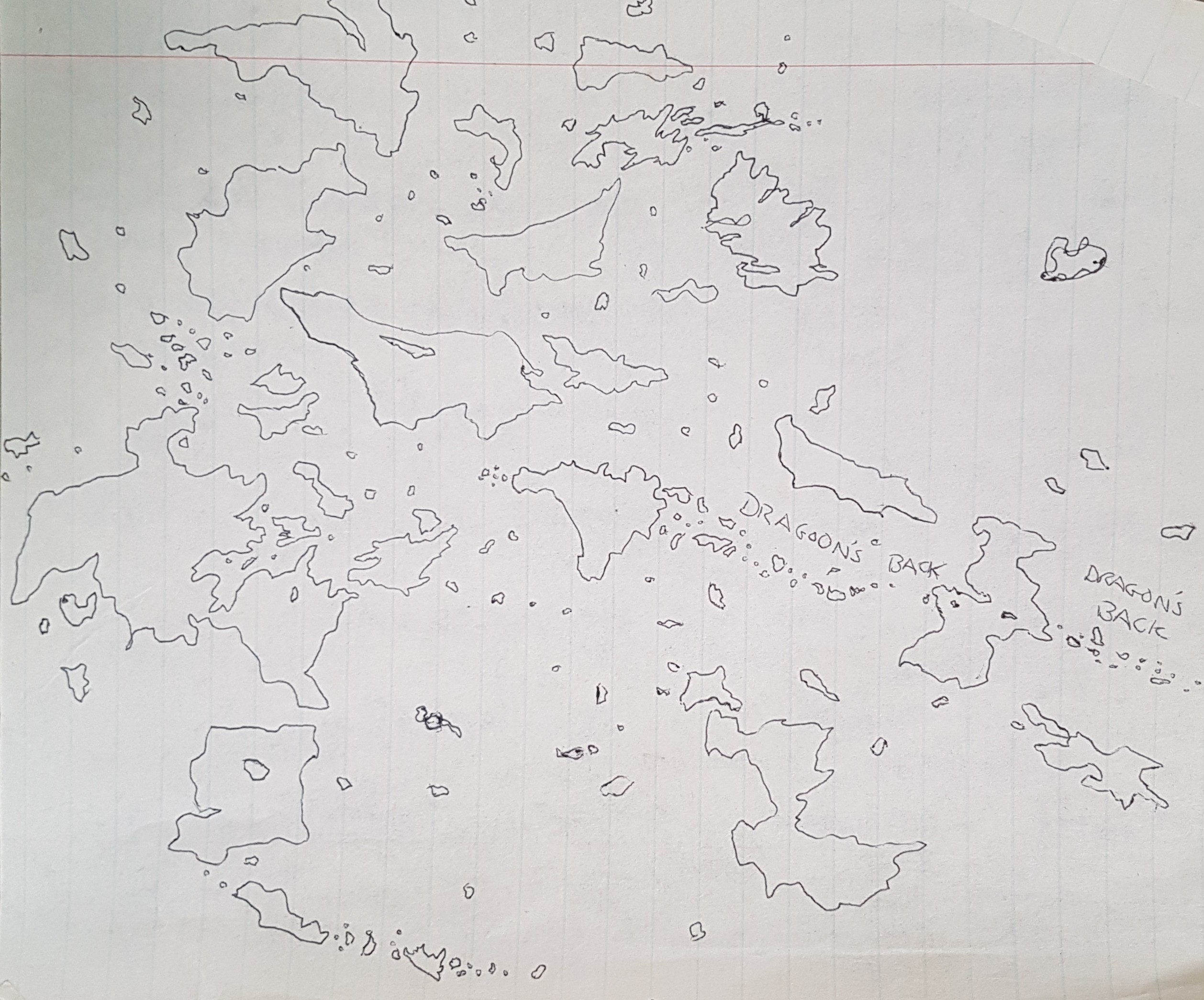 This is a map of an effort to figure out plate tectonics on a globe but using flat paper. I don’t feel like it was very successful. I don’t know what planet this was supposed to be. I drew it in maybe 1982 (I can date it because of the style of graph paper I was using at the time). 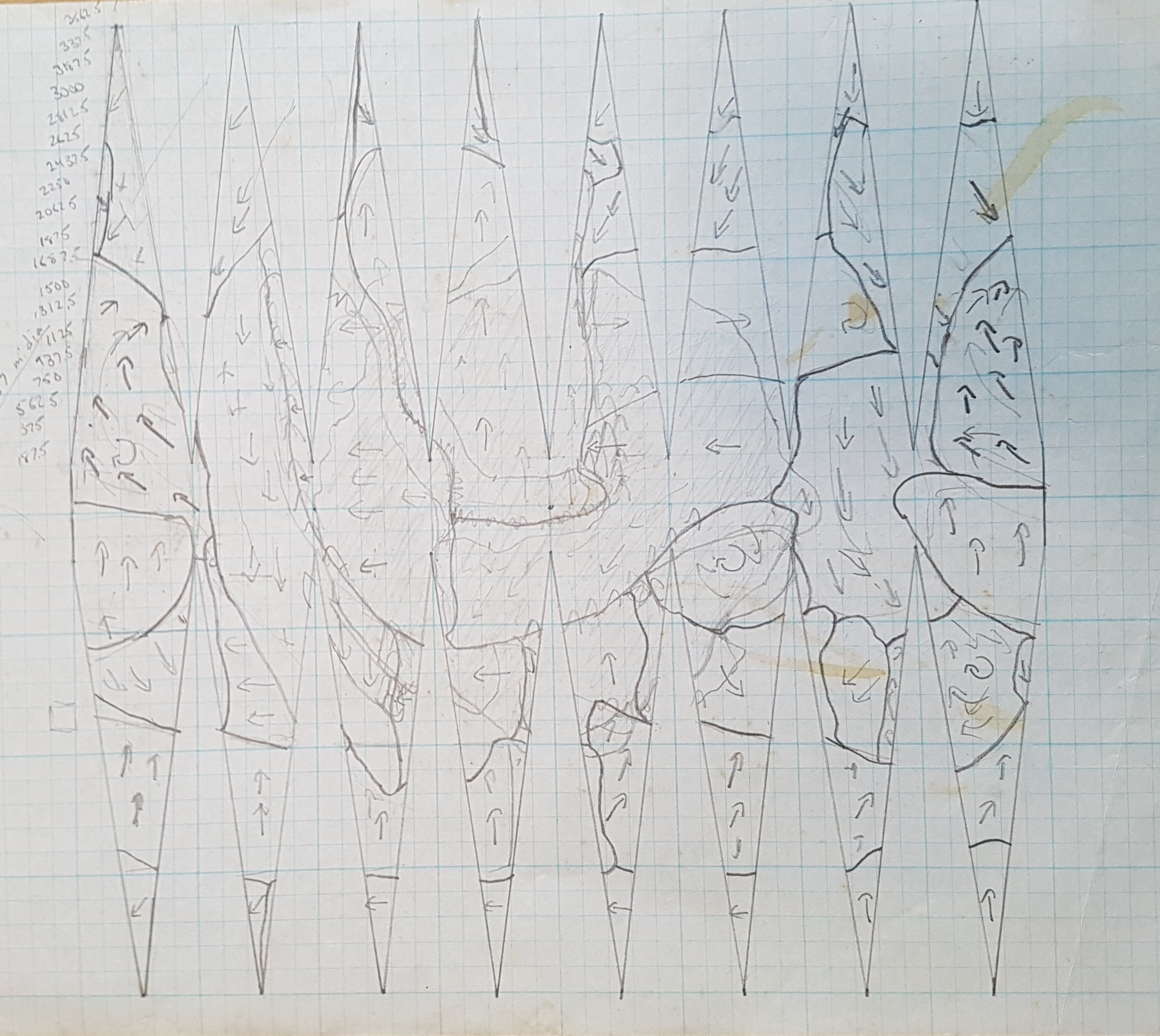 This is another map of Santa Jimena, which I posted yesterday. This time its focused on the subway system, which was quite ambitious, as you can see. I drew this map before the one posted yesterday – in maybe 1979. I expect the incomplete one posted yesterday would have eventually served as the basis for a more refined subway map system if I hadn’t decided to change the city into a Mahhalian one. 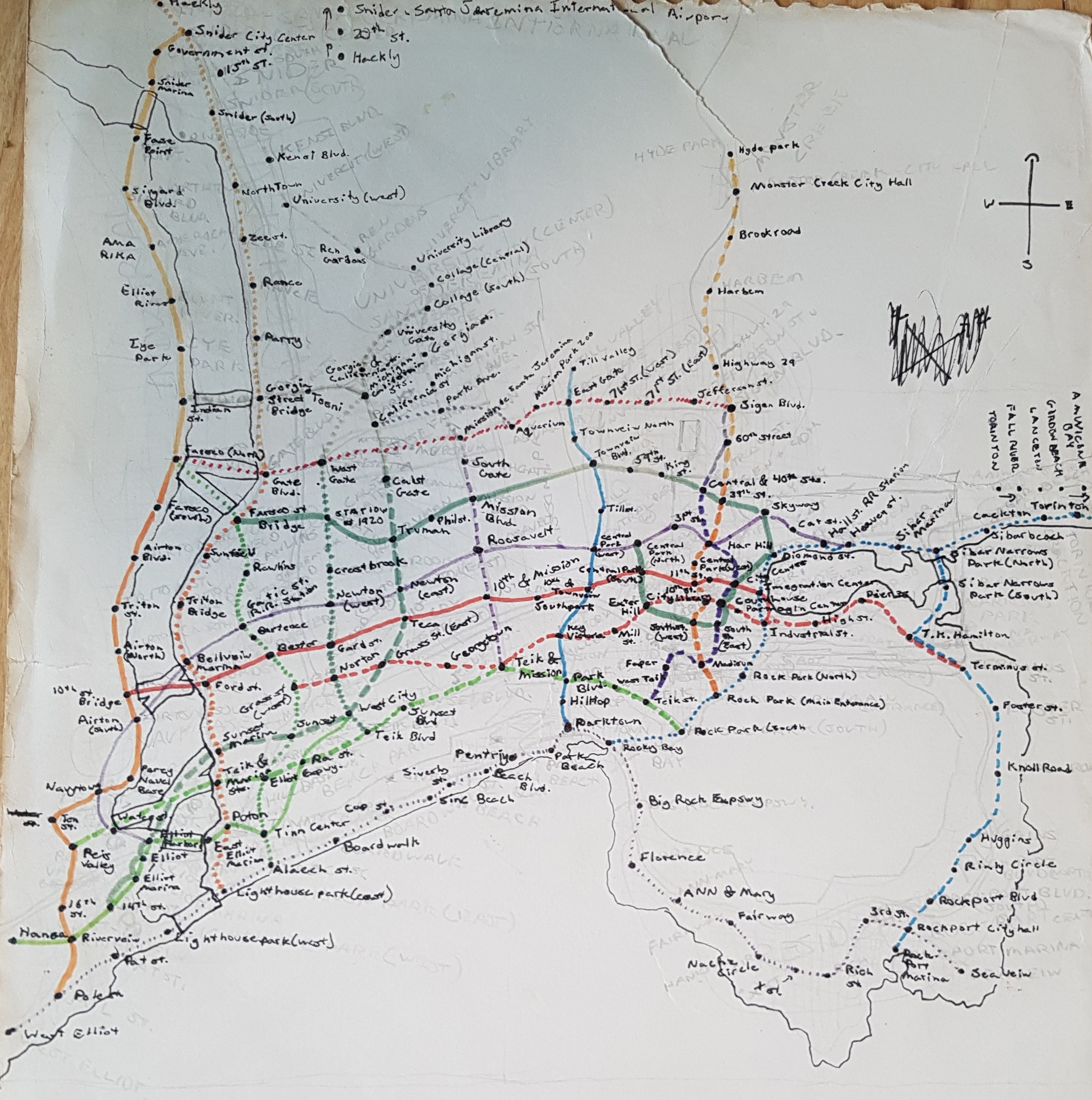 This is a map of an alternate-California city I used to call Santa Jimena. The city later was transformed into one of the major Mahhalian cities, Jul Jaraom, but it retained its unique topography and layout. I drew this map in about 1980. 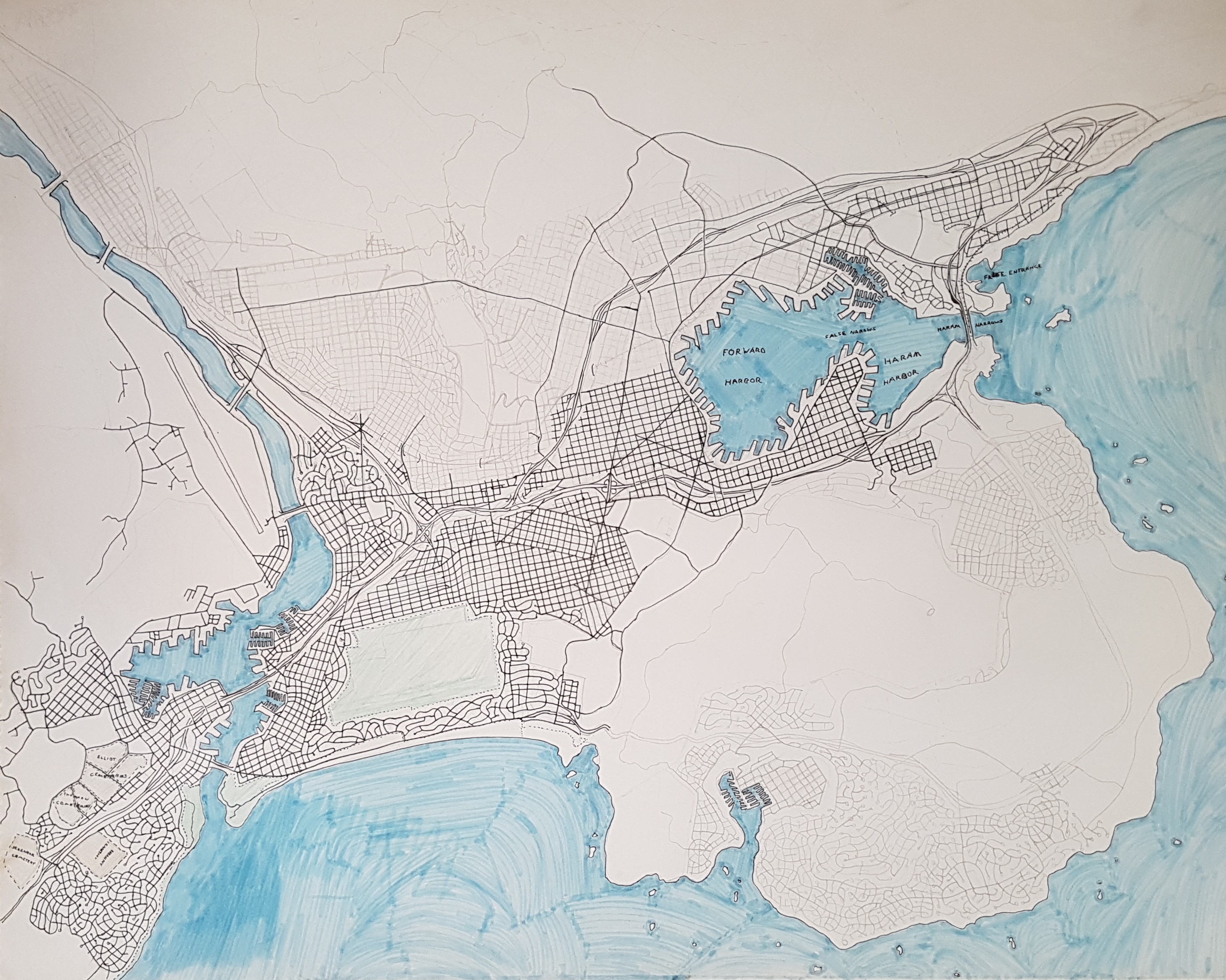 This is another map of Tabec – a completely different version from the one I posted before. This is a “historical map” in the style I would so commonly do – I would draw things in using pencil, and let them evolve over time. 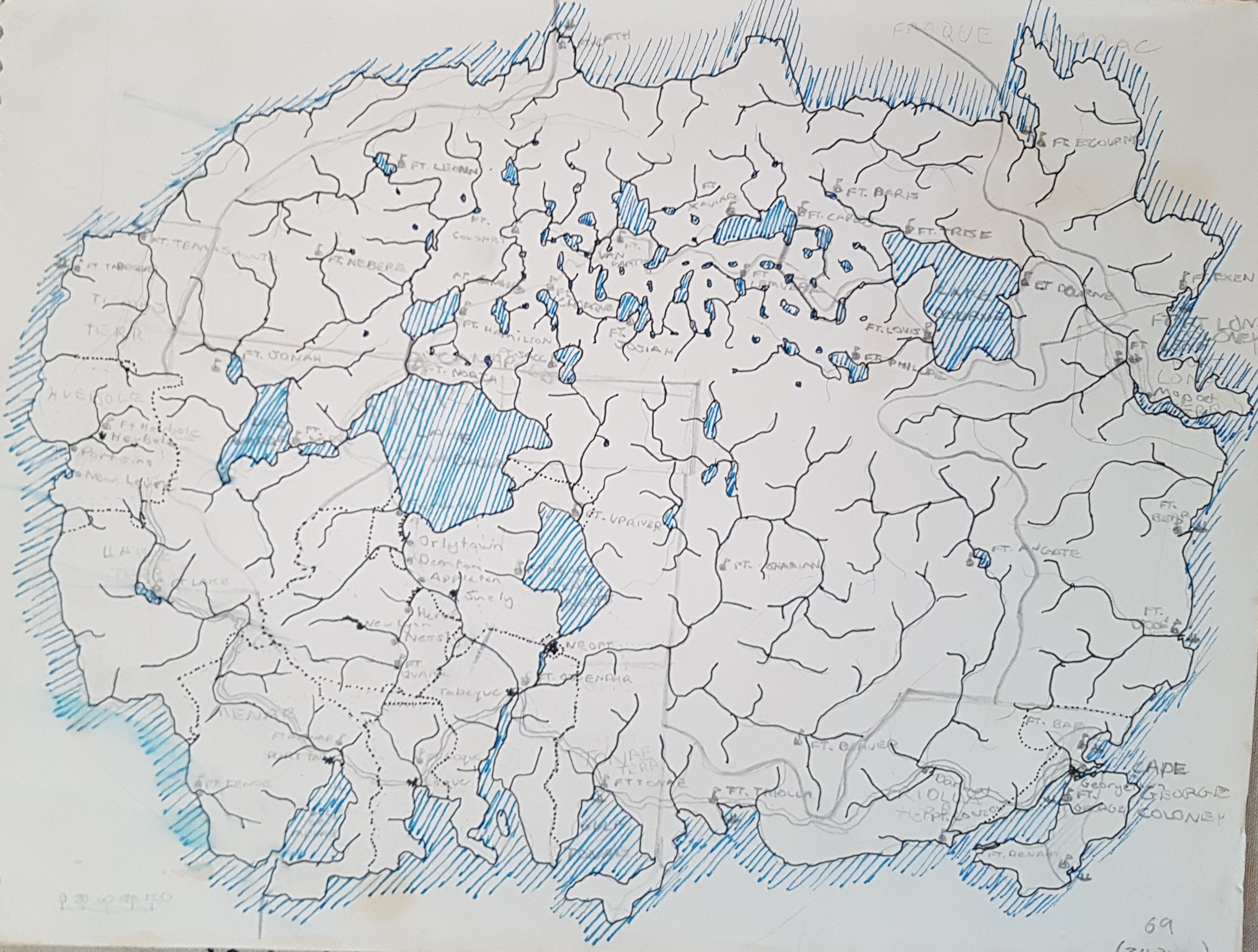