I’ve been trying to organize my contour work for the new, smaller Mahhal. I’ve scaled the country back to a size where I think I can actually accomplish contours for the whole place in a finite amount of time, using my current methods. Mahhal is now just the northwesternmost 15% of the original archipelago. The remaining islands will eventually serve some other purpose, I suppose. Hopefully, it will be something very low density (Antarctic tundra and glaciers!).

Just like the Ardisphere, I felt the need to divide the contour work into manageable-sized “chunks”. Since the contour conversion program is based on a division of the planet into “degree squares” (which aren’t exactly square except at the equator, but anyway), I decided to do the same as I’d done in that country. However, because of the much higher latitude, and the fact that they’re all islands, I didn’t opt to try to subdivide each degree square into “bands.”

Below is a screenshot of the work, in JOSM. Each square is a different file (layer), so JOSM has four files open. Tárrases is complete, of course. The island directly west of the Duchy, Tteu (ዕሓ ጼዐ), is complete (though I might adjust some of it, later). Now the big island northeast, Kkogyra (ዕሓ ቆግራ) is complete too. That is where the capital and largest city of the Jessitim Kingdom, Piropeta, will be. 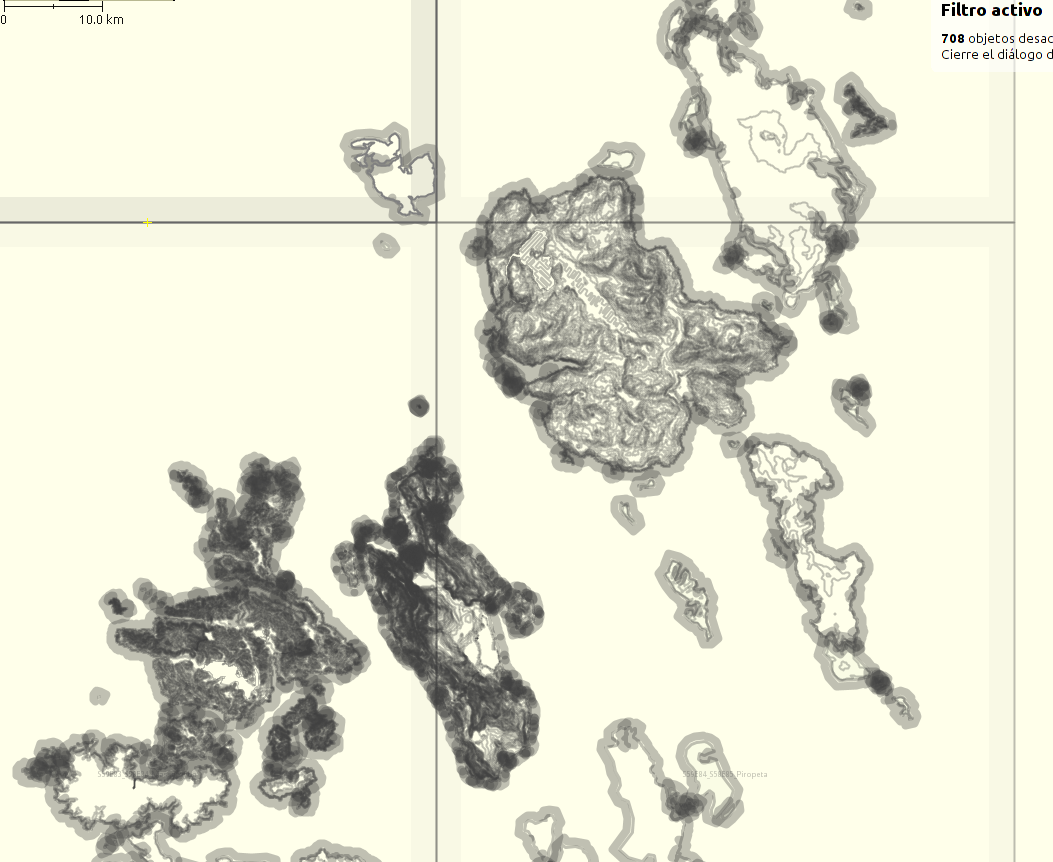 The matching view on the OGF standard map is here.

Music to map by: Rural Alberta Advantage, “On The Rocks.”