Having worked furiously, all summer, in taking over the hosting for Opengeofiction, I have now finally reached a point where I feel like investing some time in the creative side – and actually work on the map again for a while.

I have added quite a bit of new area to the city of Ohunkagan. I’ve been saying that, within my “historical approach,” that I’ve brought it up to 1920, but I think there’s more I want to do before I call it officially caught up to 1920. So let’s call it 1917 or so. Also, some of the surrounding communities are still back before 1900 – e.g. Prairie Forge, Iyotanhaha, Riverton. They need to catch up, too. So here’s the new “work-in-progress” gif.

Here is the current snapshot. 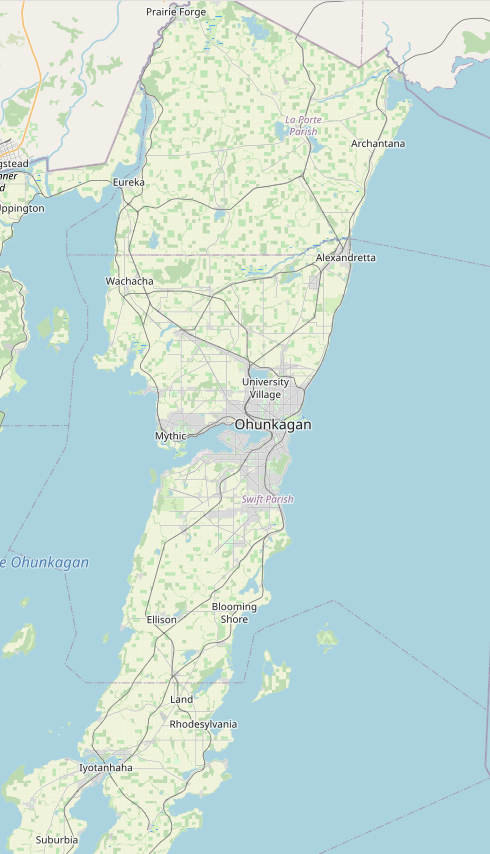 Music to map on a new server by: Lianne La Havas, “Forget.”