Arhet remains a work-in-progress. I’ve come up with two not necessarily incompatible tag-lines for the project:

I’ve been working on a kind of side-project, where I’m trying to get my MUD, called Hellbridge, to expose player location information to some kind of API or queryable dataset, such that I could then use something like a multimaps window in the wiki or wordpress to show player location on a map. This is a customization of the out-of-the-box CoffeeMUD platform I’m trying to use, and my Java programming skills are non-existent, which makes it difficult, but it would be a cool and unique feature if I could get it to work.

I decided since I had very little that’s actually new to report, I could fill this blog-space with some ancient mappings. I have been doing geofiction since grade school. Here are two maps drawn on paper from a long ago era.

This is the city of Nerro, drawn when I was aged 10. 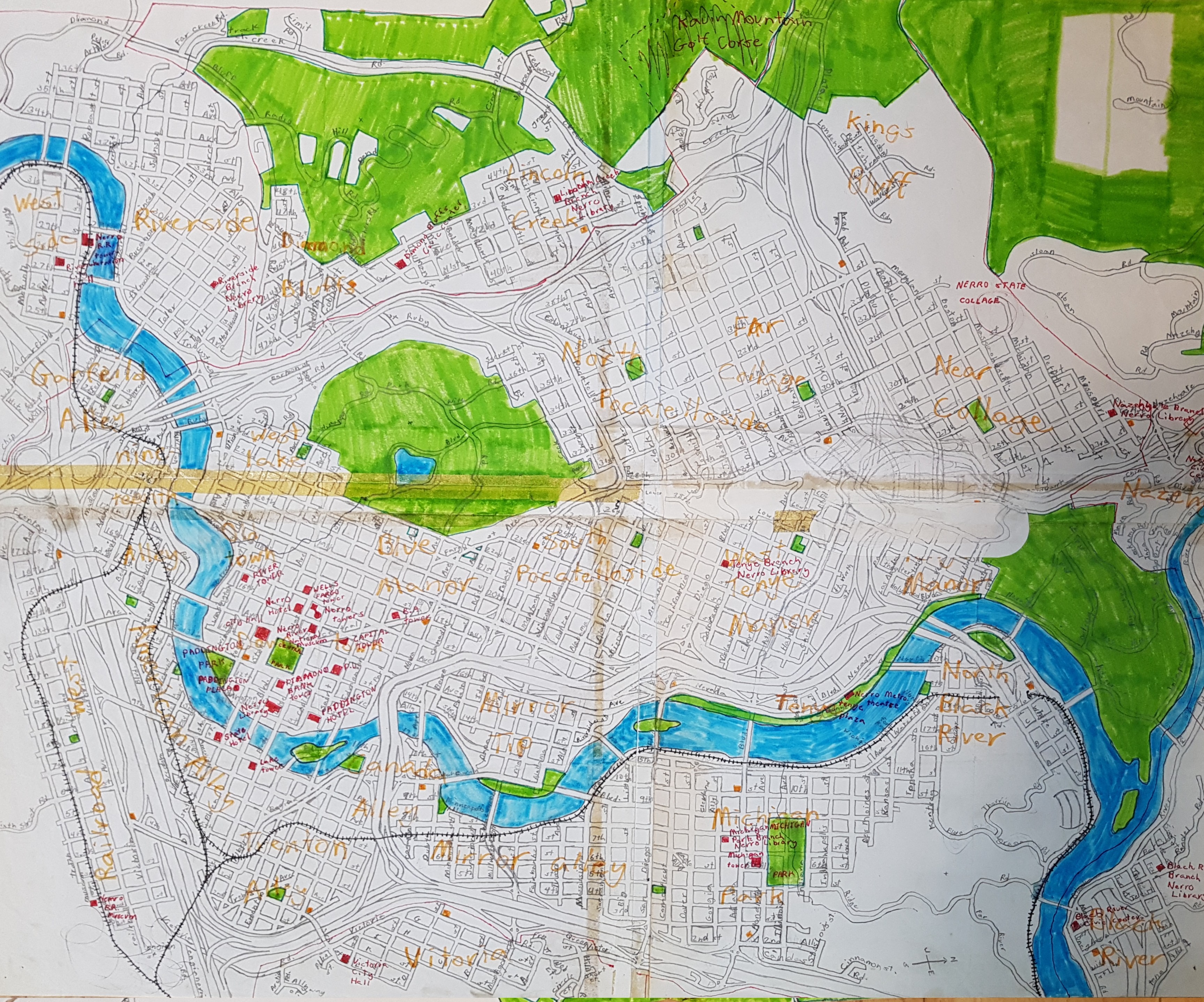 This is the continent of Preye, on a planet with a frequently-changing name (but colonized by those brutal Mahhalians). I drew it probably in high school, but I don’t quite remember. 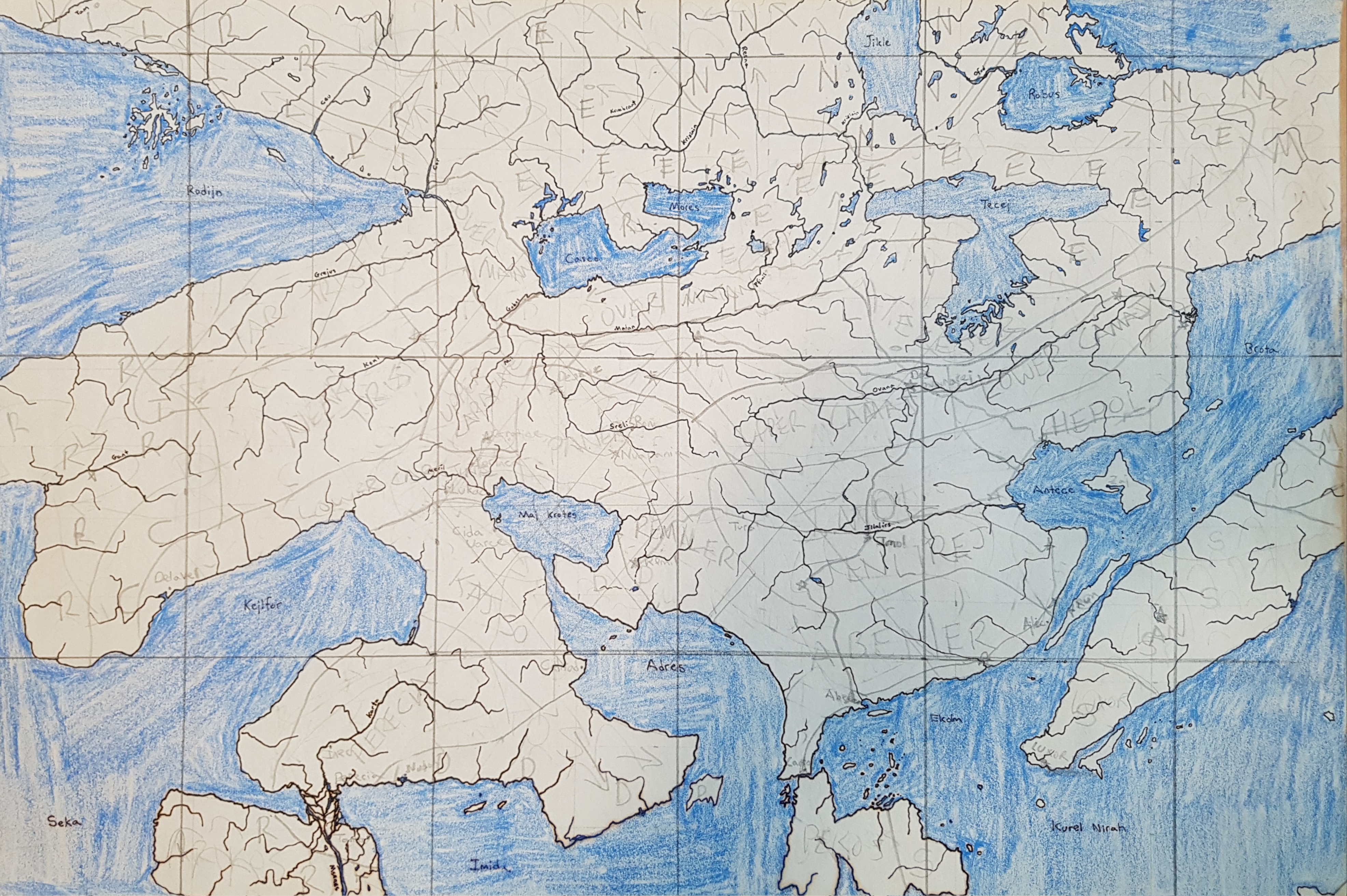