For this week’s low-effort bragpost, I’m sharing my pre-modern ceremonial capital, Quelepa. The plan that I had, long ago, was to create this circa 1400’s city, in the style of maybe a Mayan or Aztec city, and then overlay a modern city over it, using a historical mapping process. But I never got around to it, so the city is still there, in a kind of anachronistic reservation within the otherwise modern country of Ardesfera. That explains the bit of railroad seen in the lower left of the screenshot.

I was especially pleased with the city because it conformed to the already-drawn contours (topo) for the region. I also did some minor work on a conlang for the culture involved, which I used to name all the various temples included. 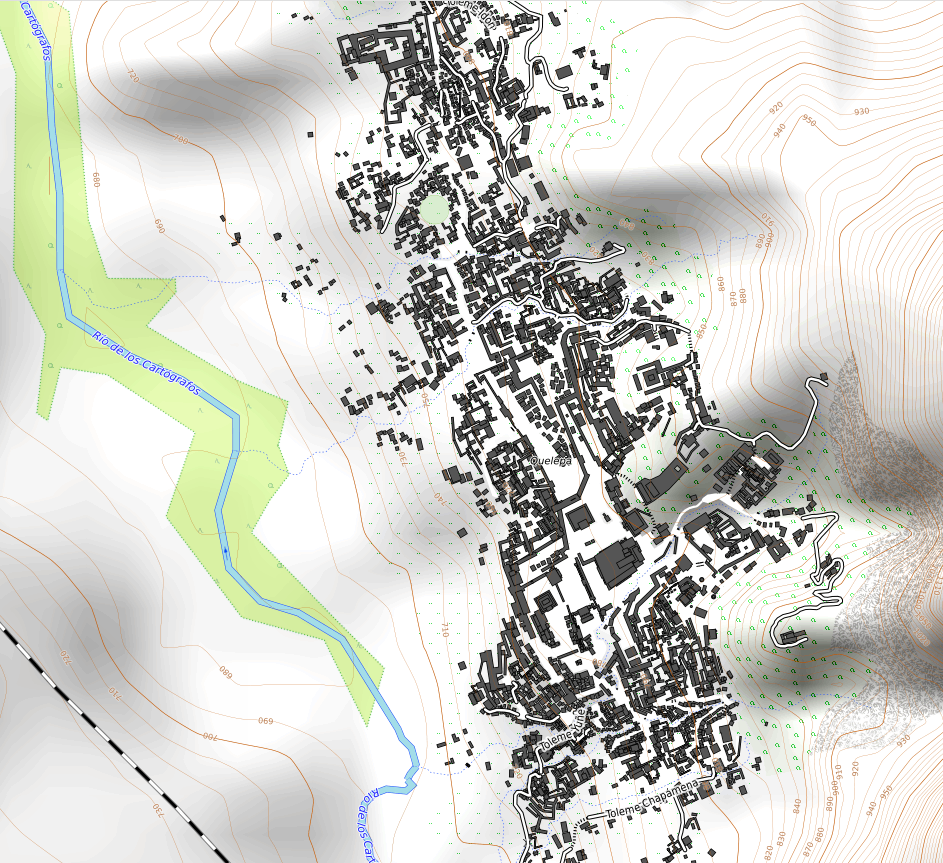